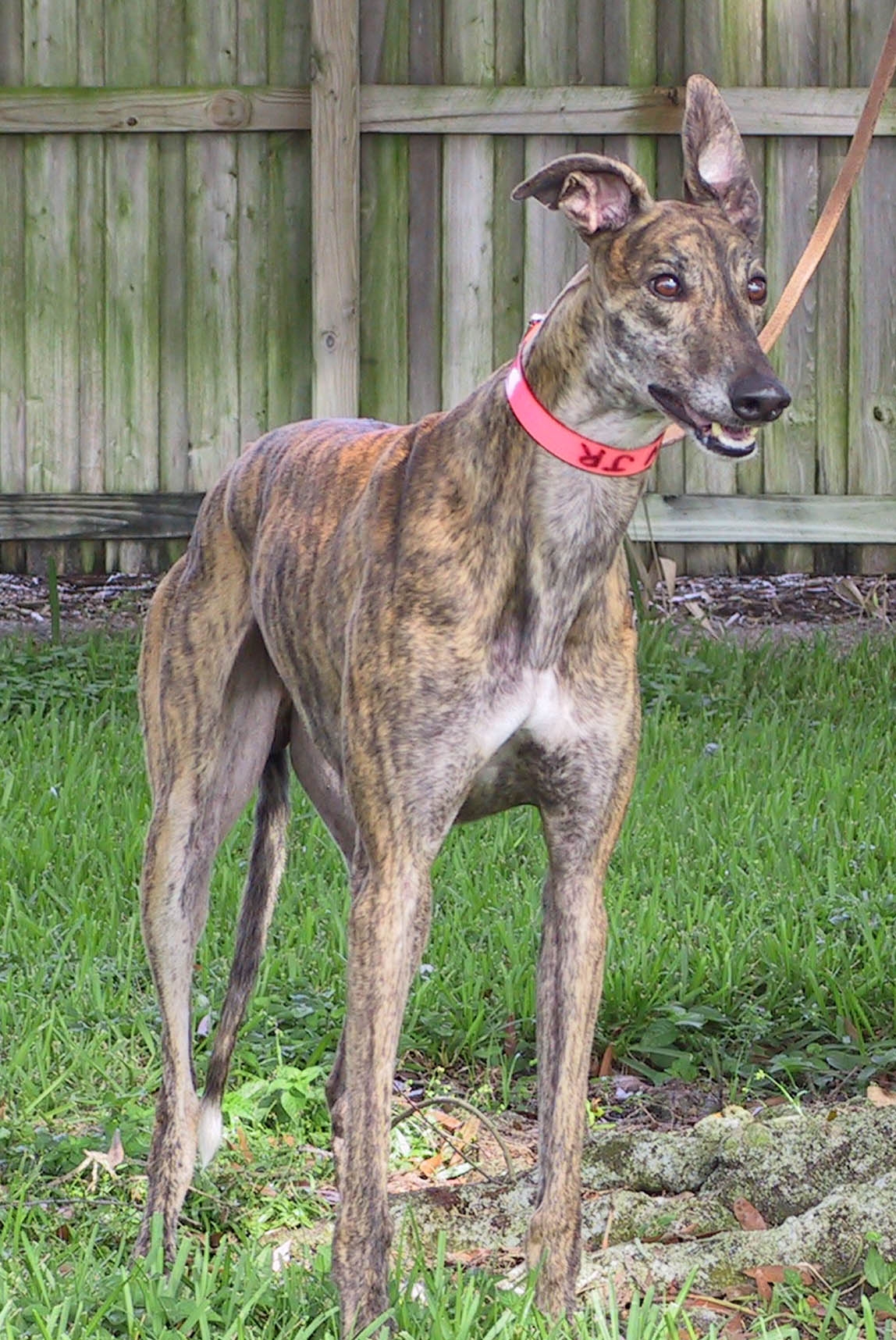 The highlight of Cayman Went’s spectacular racing career occurred when he was named captain of the All-America Team and the winner of both the Rural Rube Award as the best sprinter and the Flashy Sir award as the best distance racer all in the same year, 2004.  Only one other greyhound in history had received all three honors, and Cayman Went further distinguished himself by accomplishing this record-breaking season after recovering from an injury.

The brindle greyhound, owned by Green Turtle Cay Greyhounds was born in March of 2001 out of Snow Bow and Faithful Message.  In 2003, he won the Tampa Speed Classic and the Derby Lane Matinee Idol, and set a new Derby Lane track record with 30.02.

While competing in the Derby Lane Distance Classic, he suffered a hock injury requiring surgery.  After recovering, Cayman Went captured the Tampa Derby and secured a spot on the 2003 All-America Team.

The next year, Cayman Went experienced one of the best seasons by any greyhound at Derby Lane, dominating in both 5/16 and 3/8 mile races and setting a new season in record there with 36 Victories in 43 starts.  He won the 2004 Derby Lane Sprint Classic, the St. Petersburg Inaugural, the T.L. Weaver Memorial, the Night of Stars and the Sweetheart feature.

He became the only greyhound to repeat as champion of the Derby Lane Matinee Idol and became only the second greyhound in history to win both the Derby Lane Sprint and Distance Classics in the same season.  Thus, he garnered the Rural Rube and the Flashy Sir awards as well as being named All-American Team Captain that year.