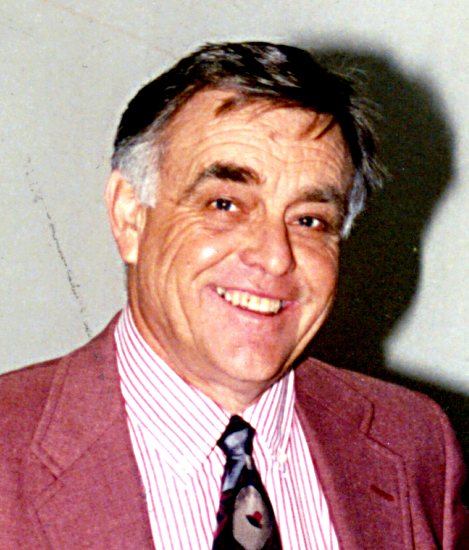 Arden Hartman was first introduced to Greyhound racing as a youngster in Portland, Ore. where he had moved when he was 12 years old. He became a leadout at Multonomah and thus began a life long love for greyhounds and the racing business.

Born on Aug. 8, 1929 in Los Angeles, he earned a bachelor of science degree in education from Portland State College in 1956 and a master’s degree in education from the University of Denver in 1961. After teaching elementary school for 12 years while working part-time at the racetrack, he gave up his occupation to pursue his love of the Greyhound industry.

When he moved to Colorado in 1949, he became head leadout at Mile High, advancing to patrol judge, scale clerk and paddock judge over time. Eventually he was named general manager, a position he held for many years. He steered the growth of the industry in Denver, overseeing Mile High, Pueblo and Interstate racetracks. Before his retirement, he was vice president and chief executive officer at Dairyland in Kenosha, Wis.

Because of his experience, Hartman cared deeply about being the type of “hands-on” manager sensitive to the many facets of the job. He familiarized himself with owners, trainers, other track operators, competitors, legislators, media representatives, patrons and employees. During his daily regimen of track management, he demonstrated his respect for tradition and the history of Greyhound racing, and instilled that respect into his employees. He contributed to the sport’s interests nationally and internationally by constantly striving to preserve racing’s integrity and traditions at all levels through his participation in industry affairs.

His leadership was not limited to the racetrack as he helped shape the future of racing by serving in various other capacities. Since the late 1960s – well before the construction of the Hall of Fame museum in1973 – he has been a member of the Hall of Fame’s board of directors, and has served as president. He also was president of the American Greyhound Track Operators Association and the World Greyhound Racing Federation. Among the key committees he chaired were the National Greyhound Association/American Greyhound Track Operators Association Liaison Committee and the Uniform Rules Committee. He served on numerous other committees and also was instrumental in the development of the American Greyhound Council, Inc., on which he also served.

Even after retirement, Hartman continues this interest in the affairs of racing, especially by nurturing the communications between NGA and AGTOA representatives. He has long commanded the respect of NGA members and was honored by them at a banquet in Abilene in 1985.

AGTOA members honor his work on the Hall of Fame board over the past 40 years by continuing to nominate him as their representative, making his one of the longest-running terms as a director. He continues to make the semi-annual trek to Abilene to participate in the NGA meets, attend Hall of Fame meetings and functions, and to associate with industry representatives at all levels. Hartman and his wife, Carolyn, have four children, Dave, Doug, Dan and Cathy.