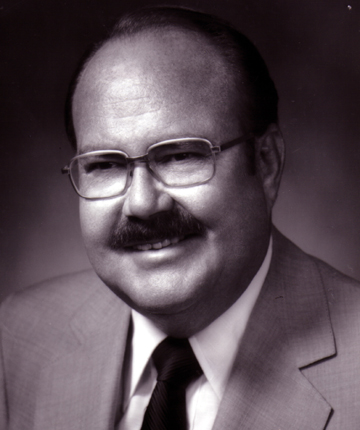 Derby Lane was only two years old when Arthur V. Weaver was born in 1927. At age 10, he was earning a dime a bag squeezing oranges from his father’s grove for the lone concession stand at the racetrack founded by his grandfather, Thomas Lee Weaver.

It was the beginning of a long career at Derby Lane. In the summer of 1944, Art was part of a crew that installed a new rabbit rail at the track that still is in service today.

Weaver served in the U.S. Army until the end of World War II and then earned a bachelor’s degree in business administration from Louisiana State University. In 1951, he returned home to St. Petersburg where he worked as a manager in the family’s other business, the Pinellas Lumber Company. Members of the Board of Directors at Derby Lane appointed Weaver to the Board after his father, A.V. “Tubby” Weaver, Sr., died in 1968.

Three years later, Art became vice president and assisted his uncle, A.D. Weaver, in the daily operations of the track. When his uncle died in 1980, Art Weaver became president and chairman of the board and has remained there ever since, making his term as president the longest in the history of Derby Lane.

Over the years, Weaver has aligned business plans with significant marketing research in his effort to provide maximum customer satisfaction. These efforts have manifested themselves in many ways, including the types of wagers offered for betting, the types of food and beverage services provided, acquiring the best racing animals available, and presentation of the races via television (both closed circuit and simulcast) and through the Internet. Greyhound races from Derby Lane can now be seen not only in the United States, but also in Mexico, South and Central America, the Caribbean, Europe and Russia.

In the summer of 1999, Weaver began a new venture in the industry with the creation of the Greyhound Channel. In partnership with The Racing Network, the Channel allows greyhound racing to be telecast daily into the homes of viewers throughout the country. In the Spring of 2000, the venture expanded further by acquiring a license in Oregon to conduct account wagering that allows people to bet the Greyhounds from any location utilizing modern technology to include teller-assisted wagering, automated voice/touch-tone, online personal computer, wireless web-enabled telephones, and Palm Pilots. In 2001, Weaver carried this concept to Europe where he and his partners formed Euro Off-Track. Also that year, the Irish Greyhound Board asked Weaver to help the Irish Greyhound tracks learn how to implement inter-track wagering.

Some of the Weaver’s other contributions to the greyhound industry include his appointment to the original Board of the American Greyhound Council, where he served for two years. As president of the Florida Division of the American Greyhound Track Operators Association, where he served for over a decade, he led Florida’s greyhound tracks through many controversial political issues during the 1980s and 1990s. Pat Rooney of the Palm Beach Kennel Club said, “Art’s leadership and involvement in guiding the management of the Florida Division of the AGTOA, where there are the largest number of tracks, has erected Florida as a beacon for the greyhound industry throughout the country.”

Weaver also has been a major supporter of the Greyhound Hall of Fame and was the first track operator to support a local Greyhound adoption program (Retired Greyhounds As Pets) in the early 1980s. He also presented “REGAP” to the AGTOA when other members expressed a need for such a program.