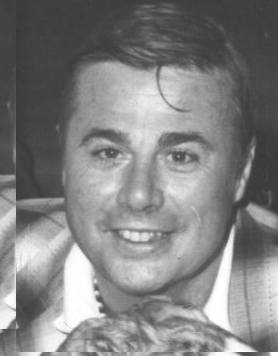 A Miami insurance investigator known for recovering valuable items such as rare coins, jewelry and gems, Dick Andrews’ career in the greyhound business took him from one greyhound to nearly 700 under his direction at one time.

Andrews was first introduced to greyhounds during a trip to Ireland to visit his grandfather. Children were permitted to attend greyhound races in that country, and the youngster was fascinated with the sport. His grandfather gave him a greyhound that won a few races but was “pretty much past his prime,” Andrews said in the April 1981 edition of Turnout magazine.

Later in life, when Andrews moved to Florida in the late 1950s, he renewed his interest in greyhounds. He visited the racetrack often and finally decided it was time to own his own racing greyhound. Pat Dalton purchased Lovely Solitaire for Andrews and his partner, Phil Ceccarelli. Lovely Solitaire placed in a few races, and then her new owners decided to breed her because of her Knockhill Chieftain bloodline. One of her most famous puppies was Teddy’s Kim, who won the Irish-American International at Biscayne in 1970. Teddy’s Kim produced another Irish-American winner in Tell Jimmy, in 1975.

Andrews organized the Hound and Hare Club in 1971 at Biscayne Kennel Club. At the time, the Hound and Hare Club was a bold, new concept in the operation of a public kennel, that allowed business and professional people to enjoy the fun and profit of owning and racing greyhounds, according to the Aug. 7, 1971 edition of The Greyhound Racing Record magazine.

The Richard F. Andrews Public Kennel enjoyed unpredicted success in its maiden booking on the Miami circuit at Flagler Kennel Club, the article stated. The kennel was built from scratch with purchases of promising, well-bred Irish greyhounds for the Hound and Hare Club members with Andrews as the “Keeper of the Kennel.” His best greyhound that season was Count Rebel, who finished third in the International Classic.

As years past, Andrews continued to successfully expand his business, eventually taking charge of nearly 700 greyhounds through Dick Andrews Kennels Inc. that raced at several tracks. His most famous greyhounds included K’s Flak, inducted into the Hall of Fame in 1987, Marathon Hound, inducted into the Hall in 1991, Blackjack Dealer, a Naples Derby Champion, and Odd Happy, who as one of the fastest greyhounds at Palm Beach Kennel Club qualified for the 1982 Greyhound Grand Prix National semifinals at Hollywood Greyhound Park.

Andrews also became an well-known spokesman for the industry on television and radio. He and Marathon Hound appeared on the Merv Griffin Show, Good Morning America and Lifestyles of the Rich and Famous.