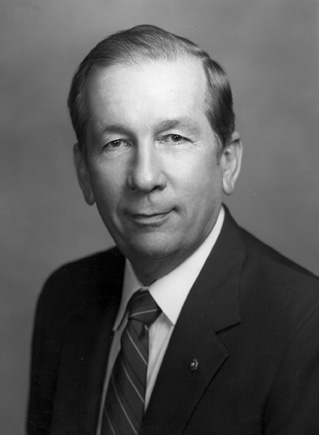 Ed J. Alderson, the son of Greyhound pioneer P.C. (Perry) Alderson, has spent his life in the racing industry. He began working in his father’s kennel in 1939, shortly after the kennel’s Bad Sally had won the 1937 Derby Lane Inaugural and the St. Petersburg Derby in 1937 and in 1938. Ed took sole control of the kennel in 1963 and it remains one of the most successful in the industry.

The E.J. Alderson Kennel has captured four Derby Lane Sprint Classics, four Distance Classics and had six members of various All-America Teams. In late 1999, the kennel ranked 14th on the list of all-century racing kennels by The Greyhound Review magazine.

One of his champion Greyhounds was Xandra, an All-American who captured the sport’s richest take event of the time, the Phoenix Futurity. Next came a litter by Cactus Lonesome-Anjanetta that included Great Escape, Opera Deb and Fast Company.

In 1992, Alderson managed a rare feat by having Oxford Shoes and Wiretex both named to the All-America team of eight outstanding Greyhounds. Oxford Shoes won the Derby Lane Distance Classic, the Tampa Juvenile and the Tampa Speed Classic, finished second in the Tampa Derby and the 1991 Greyhound Race of Champions and third in the 1992 Greyhound Race of Champions. He career record was 76-30-22-12 in 155 starts against stakes-caliber competition. Wiretex had a great year in 1992, highlighted by his win in the 1992 Sunshine State Classic in Jacksonville.

Alderson, known as a goodwill ambassador for the Greyhound industry, served as the first president of the Greyhound Hall of Fame board of trustees and is the only person to serve continuously since it was established.

E.J. and his wife, Eleanor, were married in 1951 and are the parents of two daughters, Ann and Jan. When E.J. retired a few years ago, Jan took over the kennel.