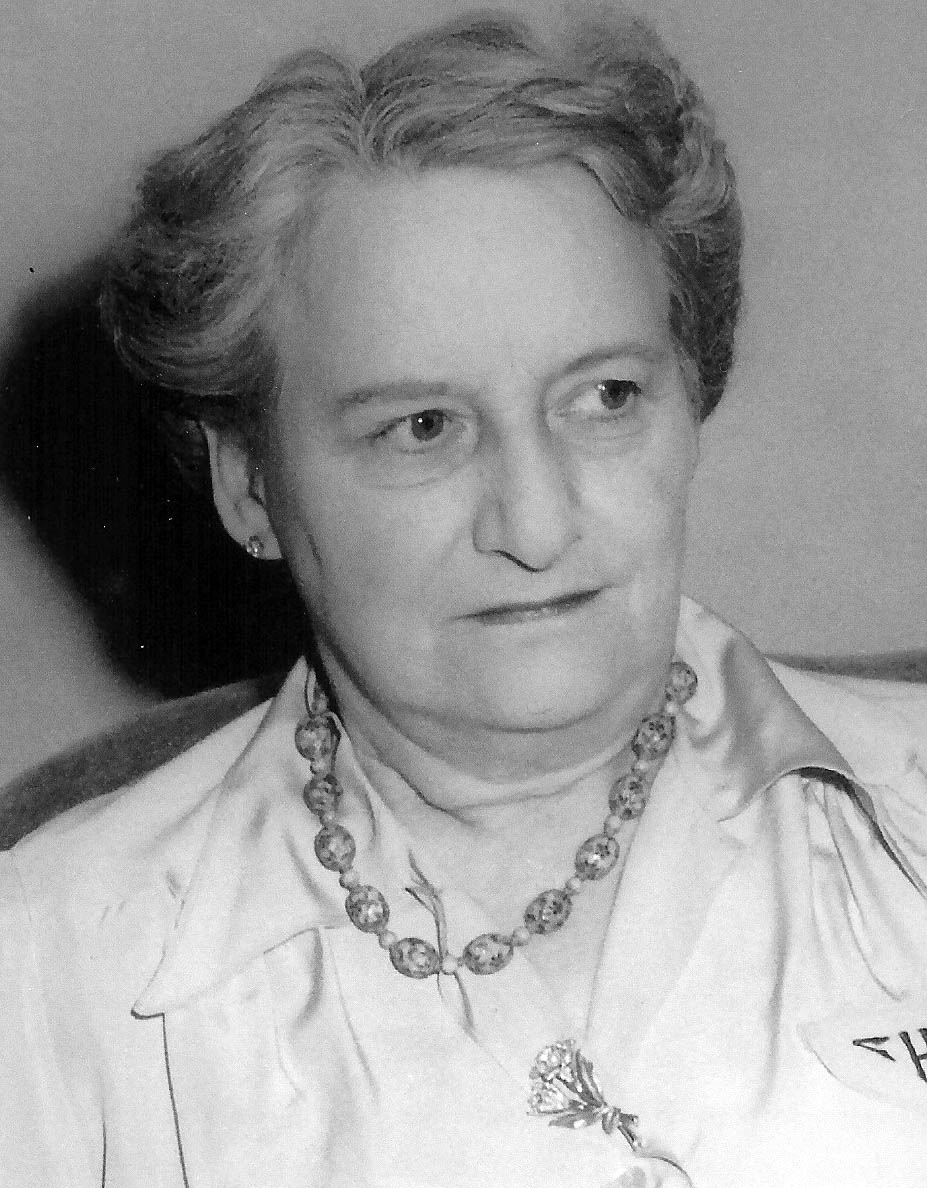 When O.P Smith was pursuing his dream of developing a mechanical lure, he got support, encouragement and advice from his wife, Hannah. Following his sudden death, she was thrust into the world of greyhound business and successfully met the challenge.

Owen P. Smith already was working on a mechanical device for greyhounds to chase when he met Hannah, whom he married in 1910. She encouraged Owen to pursue his dream and assisted any way she could, providing advice, offering support, and even knitting blankets with numbers for the racing greyhounds. Eventually, the dream became a reality.

Thomas Keen, a mechanical engineer who built most of the Smiths’ tracks, once told a St. Louis Star reporter that Hannah was entitled to as much credit as her husband for the success of greyhound racing: “After you have labored with an idea for three or four years, and have met one rebuff after another and the bank-roll is practically gone, it takes a strong influence to keep up the old spirit. Mrs. Smith gave her husband the aid and encouragement that spelled the difference between failure and success.”

Following Owen’s death in January of 1927, employees questioned who would provide the leadership for Smith’s organization. Hannah quickly sent a dispatch to the crews at every track, stating: “Every man holds his job and if you give me the same brand of loyalty you gave my husband, we’ll continue to expand. Let’s go.” She assured the employees there would be no changes in personnel or policy, according to an article in the Star. Keen, who became her personal representative, said Hannah knew “enough about the sport to carry on and retain the confidence of the organization.”

Succeeding her husband as the High Commissioner of the International Greyhound Racing Association, Mrs. Smith became the only woman in the world to head an international sports organization, according to information provided by her grandson, James O’Brien. Hannah also was elected chairman of the board of directors at the South Beach Amusement Corporation that owned the Miami Beach Kennel Club.

Six months after her husband’s death, newspapers reported that Mrs. Smith “has the last word to say in governing seventeen tracks scattered through this country, Canada and England” and “takes a keen interest in dog racing and is recognized as an authority on the sport.”

Besides running the business, Mrs. Smith also continued the many lawsuits instituted by her late husband against people accused of infringing on his patents. She issued a statement declaring she would “fight the battle with all her strength and financial resources,” and pursued lawsuits all the way to the Supreme Court to ensure her husband’s name was retained as inventor and founder.