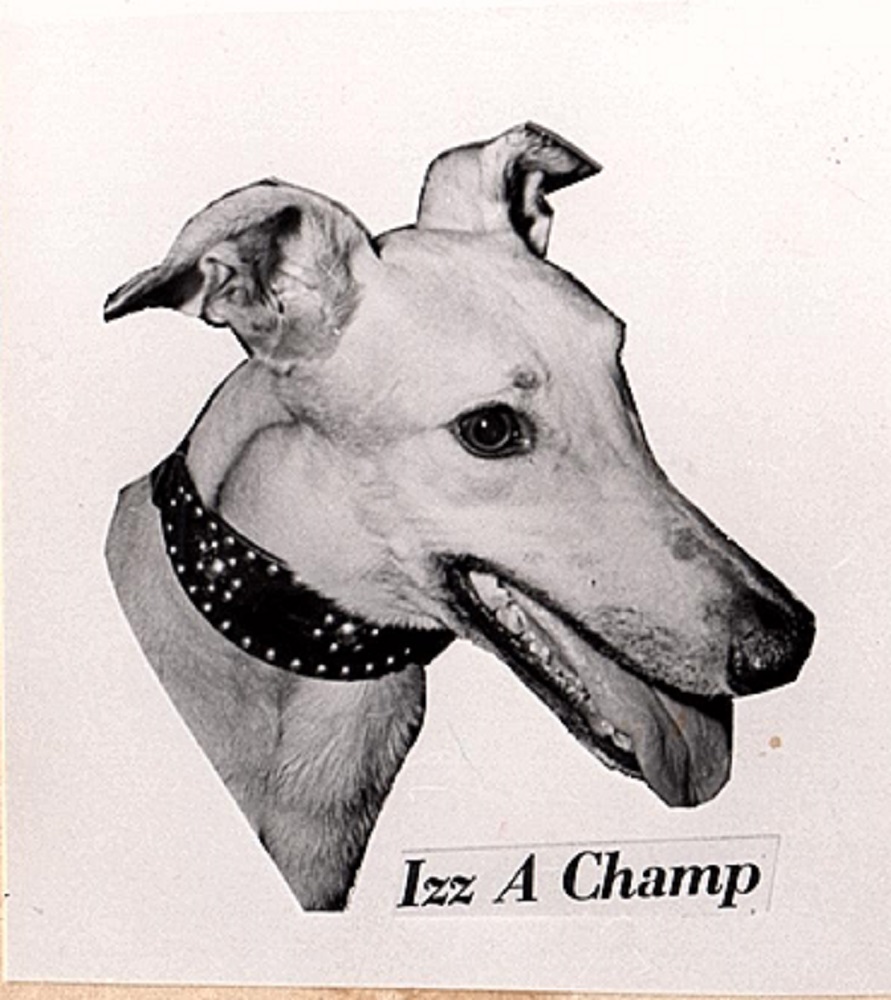 Izz a Champ was named the very first Rural Rube Award winner by the National Greyhound Association as the nation’s top sprinter in 1971.

The Fawn male, whelped on August 24, 1968 and owned by Dorothy and Pat Roban, was out of Tell Tom and Miss Ismay.  His grandfathers included Hall of Fame honorees Tell You Why*, inducted in 1978, and Julius Caesar*, enshrined in 1988.

Izz A Champ began his racing career at Palm Beach Kennel Club and ended with a 21-3-1 record in 1970.  He had a record of 33 starts with 27 victories that included winning four of four races at Daytona Beach and both matches he raced at Sanford Orlando.

He won both the Daytona Beach and Palm Beach Inaugurals, was the Palm Beach Track Champion and won the Inter-City Match Race series between Palm Beach and Sanford Orlando on his way to being named to the 1970 All-America Team.

At Palm Beach in 1971, he had 29 starts with 27 wins, including a stretch of 21 victories in a row, and two second place finishes.  He set the track record on the Royal Palm Course with a time of 29.78 and again was the track champion and the Inter-City Match Race winner.  During the two-year period he broke the track record at Palm Beach four times and the 30 second barrier nine times.

In addition to the Rural Rube Award, he was named Captain of the 1971 All America Team.