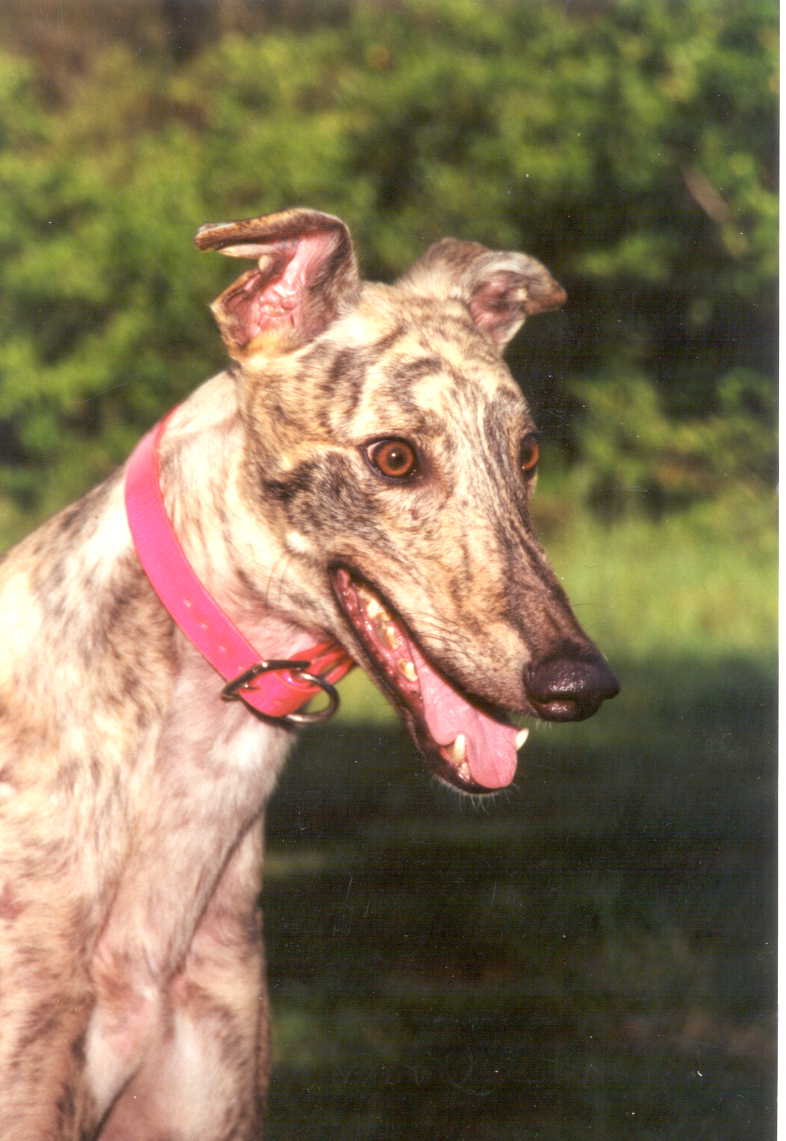 Out of Greys Statesman and Oneco Malee, Talentedmrripley was whelped on Oct. 2, 1999. He made his maiden debut on May 21, 2001 at Derby Lane in St. Petersburg, Fl., winning the race by 8 lengths. It was the beginning of things to come; he ended his career with a record of 65/7-3-2-2 in79 starts, never finishing lower than fifth place.

“Blessed with speed, intelligence, and charisma, he dominated the racing scene over both distances and captured the hearts of the general public,” wrote Bryan Kates in the Greyhound’s nomination letter. Owned and raced by Francesca Field and Donna Moore,

Talentedmrripley won the prestigious Rural Rube Award in 2001 and the Flashy Sir Award in 2002. He was named captain of the All-America Team both years.

That November, he narrowly missed the distance course record of 37.12 set by Barb in 1975 when Talentedmrripley ran the race in 37.13.

In 2002, he was the St. Petersburg win leader with 28 wins. During a 12-win streak, he was the Distance Classic champion on March 20, going undefeated through the rounds leading up to the final. Ripley, as he was affectionately called, set the distance record at 37.17 and the sprint record at 30.15, defeating the closest competitor in that race by 14 lengths. He won the NOS and the Irish Board Feature, and placed second in both the Sprint Classic and the Derby.

Talentedmrripley is the only Greyhound in the history of the Tampa and St. Petersburg circuit to hold both sprint records at the same time, according to Kates.

“As fond as the wagering public was of Ripley, it was the general public that gave him their unconditional love,” Kates wrote. “People actually came from miles around to watch him compete. People just couldn’t seem to get enough of him and he basked in the attention.” Ripley was featured in newspaper and magazine articles and was the topic of discussion on local radio shows.

“He was a great ambassador for the sport then, and he continues in that role now,” Kates wrote of the greyhound now greeting visitors at the Greyhound Hall of Fame.