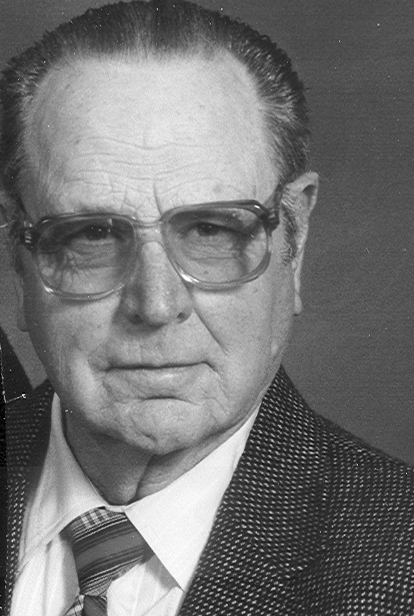 First a fan of the sport of greyhound racing, Bill Pollard became one of the most influential breeders and kennel operators in the industry.

Pollard attended greyhound races in Colorado in 1949 and throughout the next decade. Deciding to get into the business, he began raising greyhounds in 1965, a career that would last for 34 years. He developed his farm in the sand hills outside Oshkosh, Neb. In 1976 he purchased the Thunderbird Racing Kennel and became a dominant force at virtually every track he raced.

His most outstanding racers were his greyhounds named “Oshkosh” or “PK’s” who captured countless stake races throughout the country. Oskosh Racey was inducted into the Greyhound Hall of Fame in 2001 after being named twice to the All-America Team (1988 captain and 1989), a 1988 Rural Rube Award winner, and the Flashy SirAward runner-up. The Greyhound Review magazine recognized Oshkosh Racey as one of the most outstanding greyhounds in the 20 th century as one of the fastest racers. Oshkosh Juliet was named to the 1989All-America team and won the 1989 Flashy Sir Award.

Pollard served as the National Greyhound Association’s vice president in 1985 and was a member of the NGA Board of Directors for 12 years.